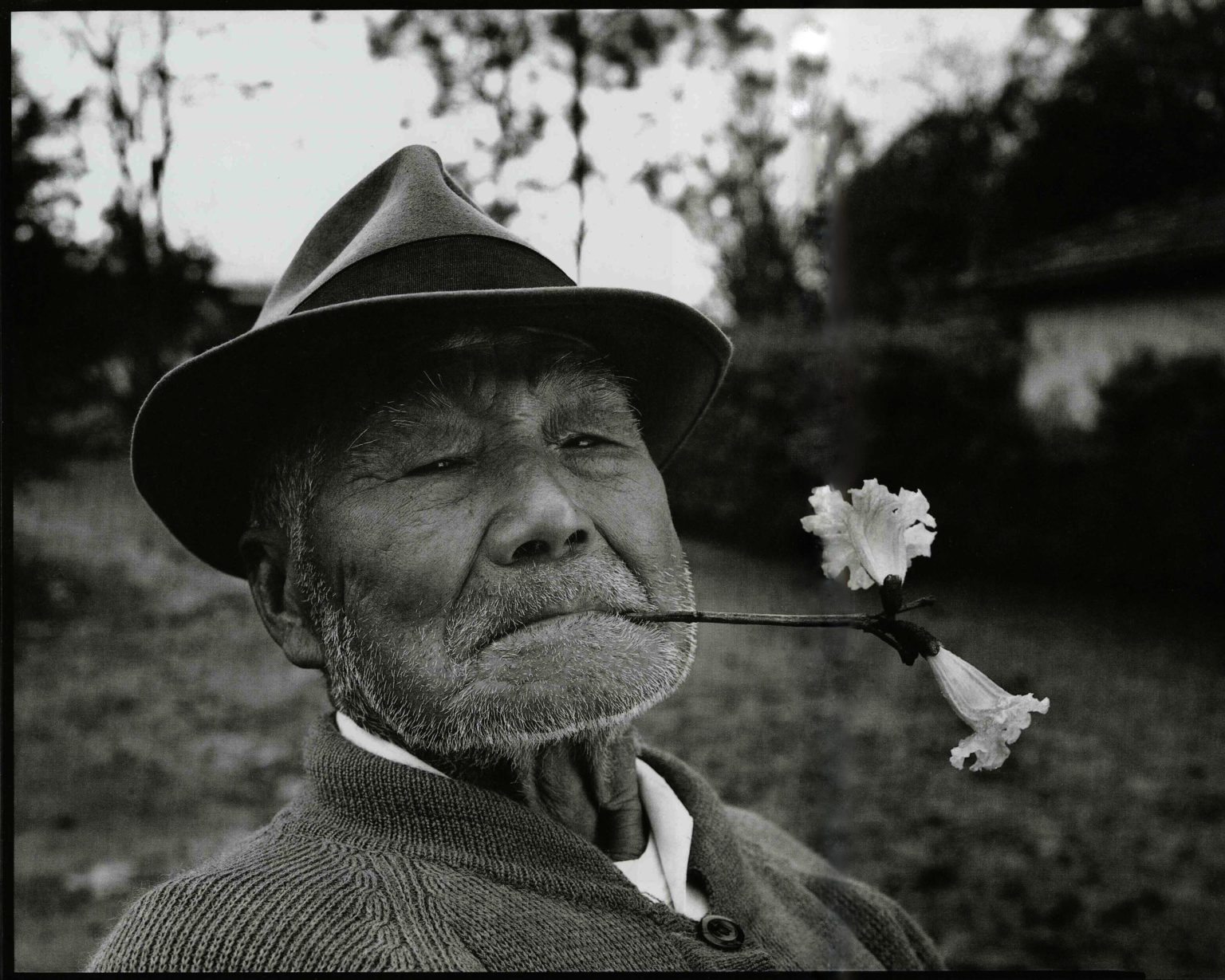 In the autumn of 1980, a relative with whom my family had lost contact in the former Japanese colony of Manchuria suddenly returned to Japan temporarily for the first time in 35 years. This event stirred me very much emotionally. This relative’s name had already been carved into a Buddhist mortuary tablet, so her homecoming caused both great surprise and joy to my entire extended family. Witnessing this event also profoundly filled me with the desire to understand the feelings of Japanese who have permanently distanced themselves from their homeland. I had a hunch that attaining such comprehension might turn out to be the most important work I ever did.
I wonder if it is correct to say that I am a Japanese and that Japan is my motherland simply because I was born and brought up on this island nation. All that really means is that I possess Japanese citizenship, but it has little significance otherwise. I think of myself as an international person in the true sense precisely because I have my roots firmly planted in the unique culture of Japan which was fostered and transmitted by my ancestors. This small, ordinary matter is something I have started to think about sometimes during breaks in the commercial filming I do as my regular profession.
I began to wonder if I could not make a follow-up by myself on the earliest immigrants who moved faraway from Japan in the Meiji Period (1868-1912). I privately concluded that working on this theme would detonate my gradually growing concern about the existence that is know as “Japanese,” and that it would also give me the optimum chance to re-inspect the Japanese intently from an outside position. I read up avidly on the history of Japanese immigration from around the fall of 1983 to the end of February, 1984. After gathering as many materials and doing as much preliminary research as possible on the Japanese in South America, North America, and Hawaii, I decided to focus on the people still living who had boarded the Kasato-Maru, the first immigration boat to Brazil. 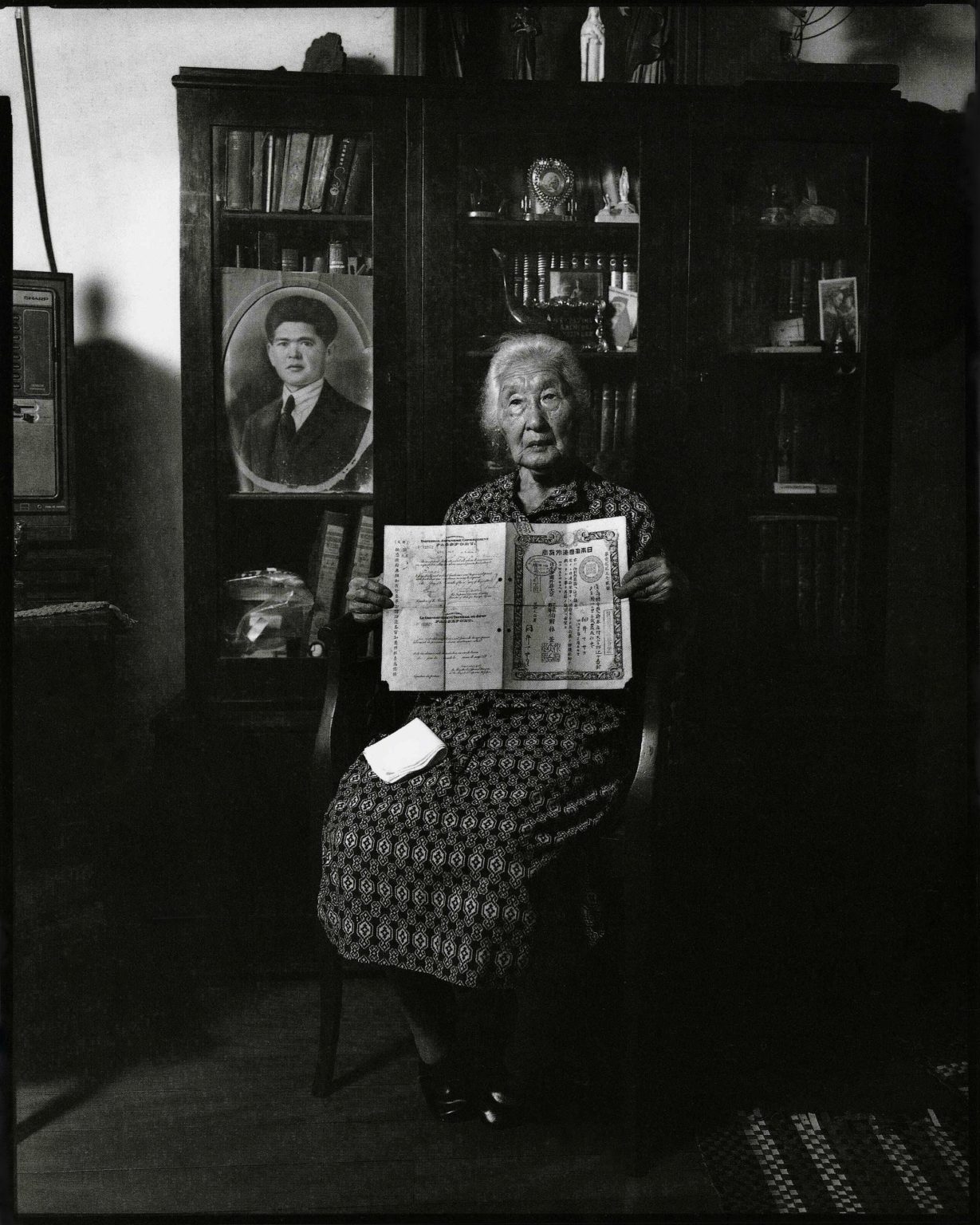 Then in March, 1984, I visited São Paulo for a month, where I immediately carried out a survey locally, and managed to meet with the final eight survivors. In São Paulo I ran into some strange happenings, such as finding out that 95 year old Naoe Sonoda from Kagoshima Prefecture, who was reported to be dead at that point, was actually alive. On the other hand, 93 year old Ushi Ishibaru, originally from Okinawa, died on the very day I was scheduled to interview her.
The survey undertaken locally struck with a force that would be impossible in a report based on materials collected on a desk. By meeting with the eight living witnesses, I managed to conjure up a clear image of the Kasato-Maru, which had not been much more than a phantom in my mind before I left Tokyo.
This preliminary survey, furthermore, helped me form a hazy image of the feelings of the Japanese who had permanently distanced themselves faraway from their homeland. Then finally in July of the same year I went to Brazil once more, this time all prepared to work in earnest. In any case, I ended up spending the rest of 1984 searching out the earliest immigrants to various parts of South America for this photo reportage. I feel that, as a result,
I have been able to grasp in my own way the tide of the earliest Japanese immigration to South American countries. I also realized that I should probably polish and perfect my art by gazing at things from a spot of tranquility with a quiet point of view. I hope to be able to work with “seeing” by taking a re-look at my own self via a natural body, while I express my relationship with the subject openly. 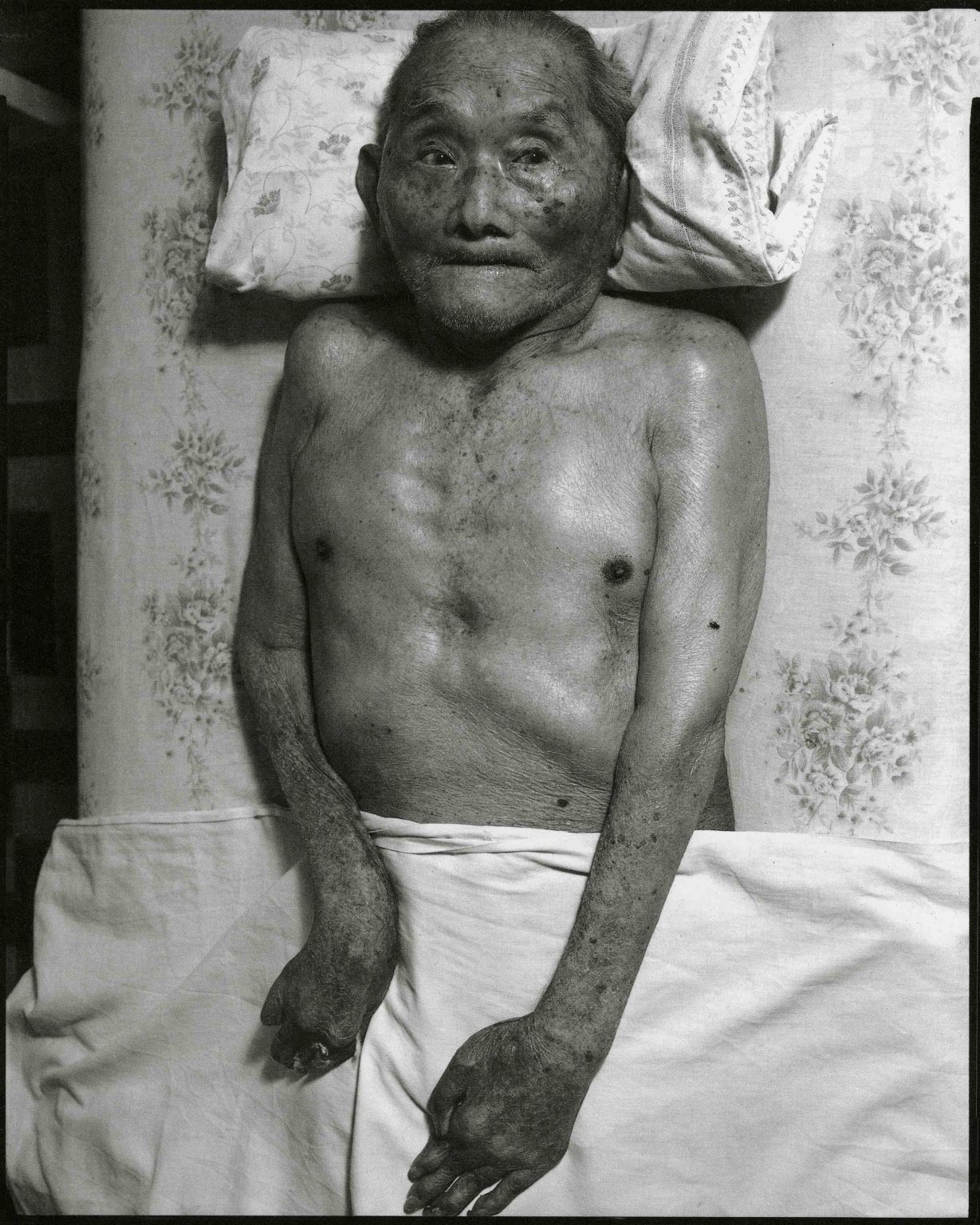 “It must have been in the 41st year of Meiji (1908) when I was 17 years old. I had responded to a recruitment notice made by the Meiji Settlement Joint Stock Company because it seemed better than going into the military service, you see. When I boarded the boat alone from Kagoshima, I had been intending to go overseas for just two or three years to make money. So I only went through the motions with the farewell cups of water.
I arrived via Kobe at the Yokohama Immigration Center. The eye doctor there gave me a really strict examination, and I was also given a talk by settlement company on what I should know about the immigration ship and the settlement area, and so on. Three days later I headed for Peru on the French ship, Caravelas. They gave me 120 yen for my boat fare. I put the 20 yen I saved from that into my waist band.
We entered the port of Callao 45 days later in the month of November. By the time I reached the Cikitoi settlement for which I was contracted, I had been cheated by Japanese gamblers, and struck by a degenerate sailor-turned thief ; so that I lost all my money. 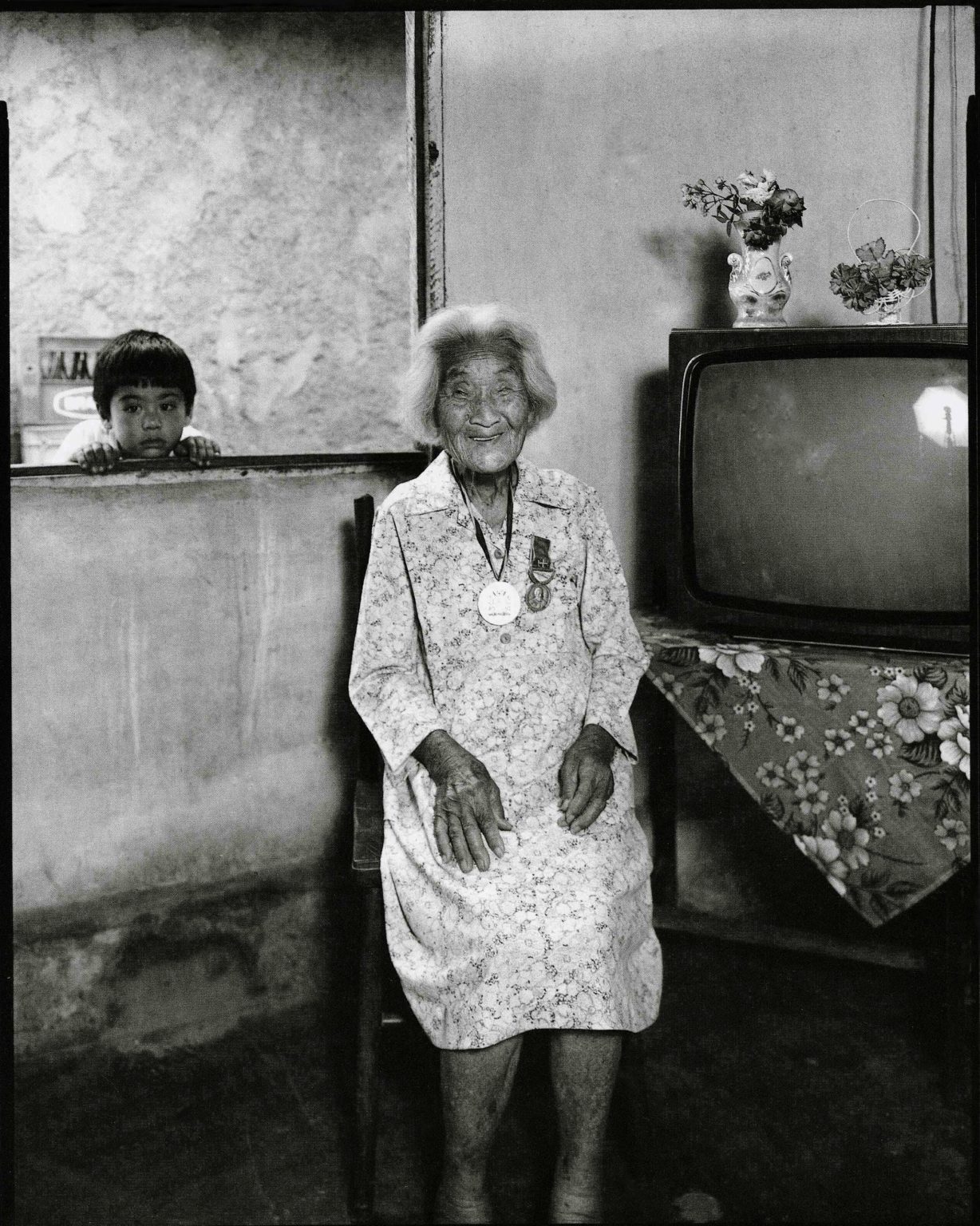 At the plantation I was sent to, I was treated like virtually no more than a slave, and again cheated out of my wages. Then a fever started going around, and after a half of year I finally escaped from the plantation narrowly with just my life, and went on to Lima.
I managed to subsist for a year as a waiter, meanwhile picking up the language. During that time I managed to save up something toward travelling expenses, and crossed the Andes on foot. I also worked as a waiter for about a half of a year in the vicinity of Cusco.
Since it would be impossible to return to Japan draped in silver brocades by working as a waiter, I got a job with Inca Rubber, and went into the rubber mountain of Tambopata.
I saved up an adequate amount after working there over a year, so I moved down the Tambopata River to Puerto Maldonado, where there about 50 Japanese residents. And there was even one Japanese woman. That made me both happy and strangely nostalgic.
Afterwards I got wind of a most appealing job offer. So several of us young men gathered to put together a raft with driftwood. We floated along the Madre de Dios River for over 20 days before arriving in Riberalta.”
This precious living record of Japanese immigration to South America was related to me by 96 year old Bunkichi Kamikubo (p. 124), who presently resides in Florencia Varella, a suburb of Buenos Aires. His amazing memory recalls the professional story tellers of the past, and he certainly did not sound like someone over 90.
Riberalta lies in the northern extreme of Bolivia close to the Brazilian border near the source of the Amazon. This region is well known within the history of Japanese immigration for the many incidents involving rubber which broke out around the 40th year of the Meiji Period (1907). To borrow a term from Kazuo Ito’s Overseas Japanese, this became the terminal station for the “wandering immigrants” from Peru. Mr. Kamikubo continued to explain recall :
“It was an extraordinarily long journey. I thought I would die. Riberalta was bustling with a good market for rubber at the time our raft drifted ashore.
There I slept with a red-haired Bolivian woman for the first time, Then I worked furiously for two years, and managed to send 2000 ven back to Japan. My folks in Kagoshima apparently built a house with that money.
After five years in Riberalta, I moved down the Amazon into Brazil. I arrived in Belém via Manaus in 1927. From there I moved on once more via São Paulo to Argentina. I’m finally settled now, and I’m satisfied where I am. A person doesn’t really get fixed in a place until the birth of a grandchild.”
To the very end, Mr. Kamikubo never spoke about his homeland.
“Huh, you want to hear about Japanese bloodlines? About Japanese blood, huh?
Well the idea of having blue-eyed grandchildren has become a reality for us, you see.
A ravine forms a stream, which, in turn, becomes a river. And ultimately even the greatest river – even the Amazon — will turn into the sea. So, you see, Japanese blood runs into a great ocean here!”
This is an excerpt from a conversation I had with 75 year old Katsuo Uchiyama (p. 158), currently the managing editor of a São Paulo newspaper company. In 1930, Uchiyama went to Brazil as an immigrant farmer sharing a room on the same boat with the late author Tatsuzo Ishikawa.
“Life was rough in Fukushima. I worked spinning thread. When we landed in Santos, a bureaucrat took away my precious silk cocoons.
Is silk thread still spun in Fukushima nowadays? The morning dew on the mulberry leaves must be swished away first.”
Umeno Tadano (p. 89) spoke to me in a gentle Fukushima dialect. She had not returned to her native country in the 76 years since she moved to Brazil. I met her in Iguape in the state of São Paulo. Just two days after I got her story and photographs, she died peacefully, as if in a deep sleep. She was 101 years old.
“We were very happy. Truly happy. However life became a bit rough for both of us after our legs and hips started acting up.”
This comment came from 84 year old Kan-ichi Takeshita (p. 94), a man who immigrated to South America on his own accord, and is said to be the first of the “issei” (first generation) to marry a non-Japanese. Takeshita and his physically weak wife led a quiet life together in São Paulo, translating the dialogue of Shochiku movies like the “Tora-san” series into Portuguese.
“One out of every three ‘nisei’ (second generation) and ‘sansei’ (third generation) children in Lima were assisted out of the womb by me. In the old days giving birth was the roughest work of all for ‘issei’
women. Birth and death occasionally came together. The ‘sansei’ and ‘yonsei’ (fourth generation) are very lucky because nowadays proper hospitals exist here in Peru.” This is what I heard from 87 year old Chidori Kuroiwa (p. 96, 97), an expert midwife now living in the Casilla section of Lima. There are said to be just under 80,000 people of Japanese descent in Peru, and Ms. Kuroiwa helped deliver some 4,700 of them.